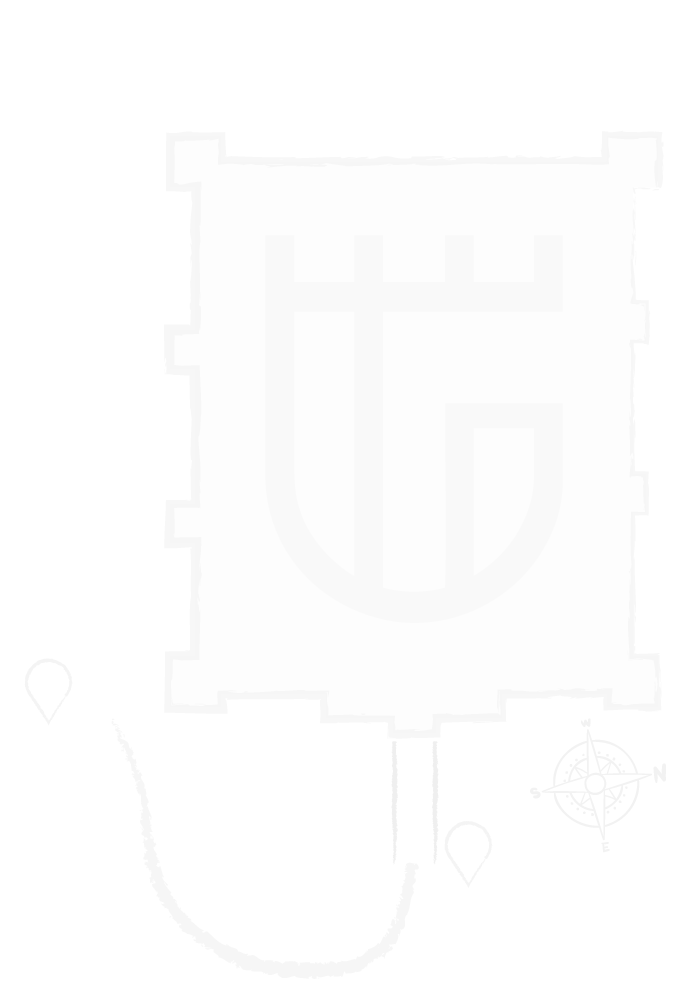 The tour starts at the point marked on the map with number 1, opposite the gate, on the forecourt leading to the arcade bridge. 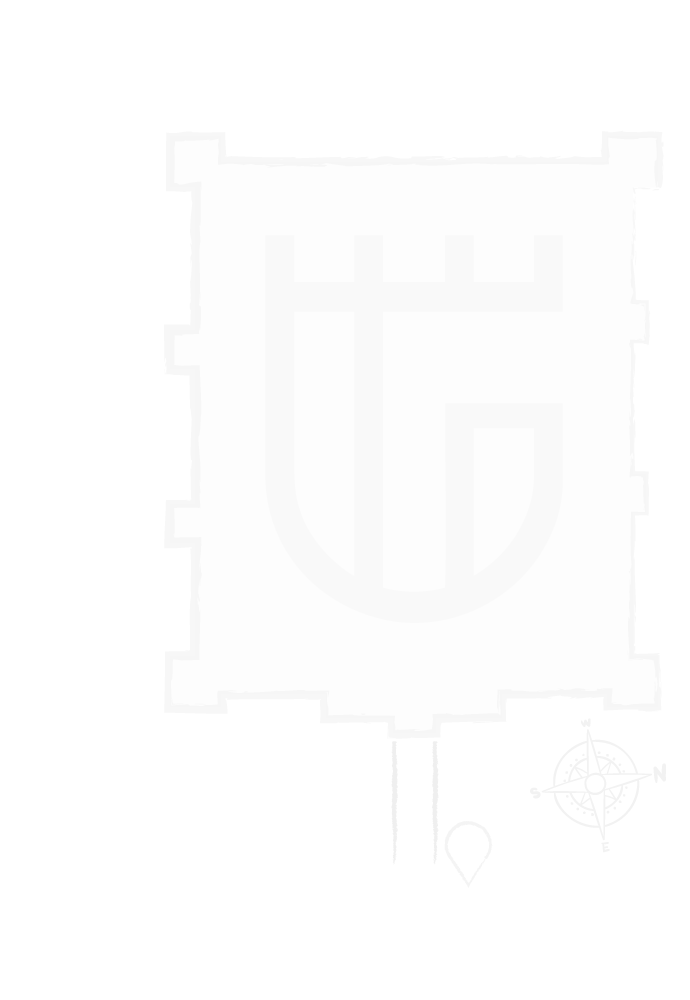 The bridge itself is a monumental structure, supported by four arcades. It connects the gatehouse to the entrance gate with the modern forecourt, formerly a causeway. Brick was used for the construction of the bridge, which replaced a wooden drawbridge. The relics of the medieval moat are still clearly visible. The coat of arms of Polentz family, the former owner of the castle, placed above the gate is visible from the forecourt. 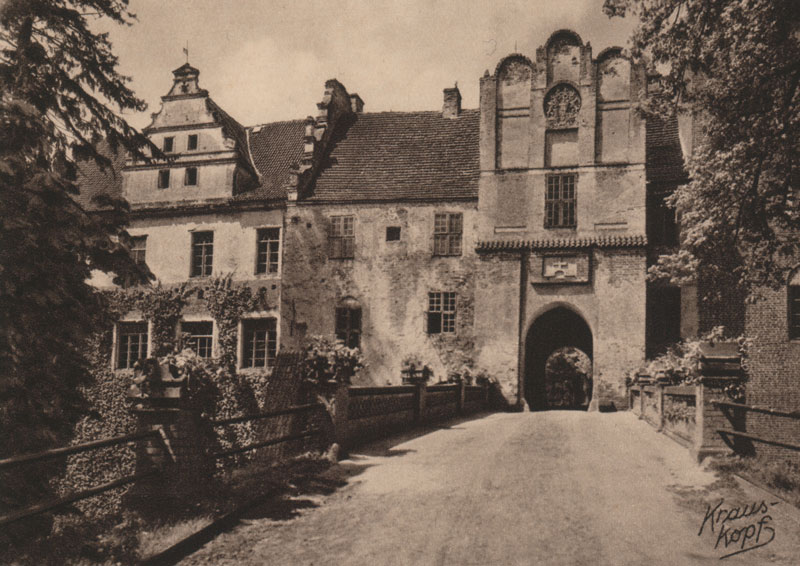 We are heading the south-eastern corner of the castle, the point marked on the map with number 2. It is not clear when the construction of the facility, which is visible from this spot in all its glory, was initiated. It is known that the first phase of the construction was completed in 1386. Until recently it was written on a decorative frieze placed above the gate, together with the name of the constructor – Henry from Skarlin, the provost of Pomesanian chapter. The Gothic castle in Szymbark was therefore the seat of the head and chief administrator of the capitular estate rather than a stronghold of the Teutonic Knights, as some guides erroneously state.

Some researchers claim that the castle was built in the area where the fortified settlement of the Prussian tribal ruler existed in early Middle Ages. This thesis has not been confirmed by research, although numerous monuments, such as Arab coins, which probably belonged to merchants travelling across this land to Scandinavia, have been found in the vicinity, which could prove the theory. However, it is clearly visible from this angle that the castle was erected on an artificial hill, which was lined with high, huge walls measuring 75 by 92 metres with a fieldstone base. An interesting thing is that the courtyard of the castle is situated 10 metres higher than the wall base and the place where we are at the moment. 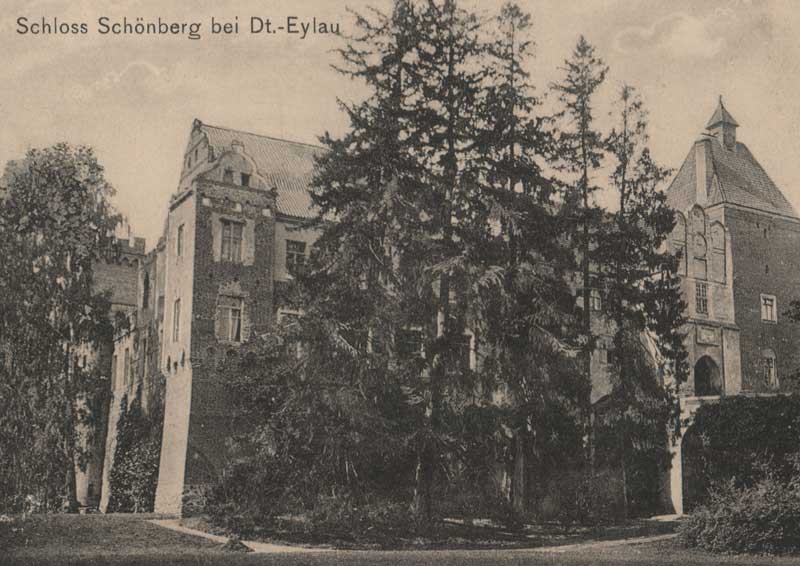 A tower was planned to be built in each corner of the stronghold. Additionally, every section was supposed to be reinforced by two fortified towers. Eventually ten (initially eight) fortified towers were built with a quadrangular, huge main tower. An interesting thing is that every tower of the castle of Szymbark is different. It is certain that there was a castle settlement attached to it. The provosts of the Pomesanian chapter resided in it in the initial period of its existence. It is known that settlers from German countries stayed here. They were then transferred to villages established in the vicinity.
The castle changed hands during the Thirteen Years’ War, when it was also seriously damaged. It was reconstructed almost immediately and its structure and defensive qualities were reinforced. In 1466, after the second Peace of Thorn, the castle remained within the borders of the Order of Teutonic Knights to be taken over by the Polish army in 1520 for a short time. Once the State of the Teutonic Order was secularised in 1525, Albrecht Hohenzollern became the owner of the castle.

Apart from the eastern part of the walls with the entrance gate, also the southern side of the castle is visible from the place where we are now. A characteristic turret with a spiral staircase, which made it possible to descend to the park and tennis courts located by the castle (they were still used after the war), was added to the fortified tower as late as in the 20th century. Characteristic window frames placed in the window openings of the eastern wall are also visible from here. This is the remnant of the shooting of The Ogre starring John Malkovich.

Let us move to the point marked on the map with number 3. The castle passed into the hands of Polentz family (the coat of arms of the family is located above the entrance gate). The reconstruction of the castle started at that time, which definitely transformed it from a Gothic stronghold into a Renaissance residence. A new phase in the history of the castle started in 1699, when Ernst Finck von Finckenstein became its owner. The estate of Szymbark remained in the hands of Finckenstein family until 1945.

Finckenstein is a count’s family from East Prussia, which has its roots in Westphalia and Almain. Finckensteins, one of the richest and the most influential Prussian families, had their estates in starosties of Iława, Ostróda and Dąbrówno. Finckenstein family is also related to Kamieniec village (formerly Finckenstein) with the ruins of a Baroque palace of the 18th century. It is also noteworthy that the members of Finckenstein family, which is scattered around the world today, visit Szymbark regularly every year. 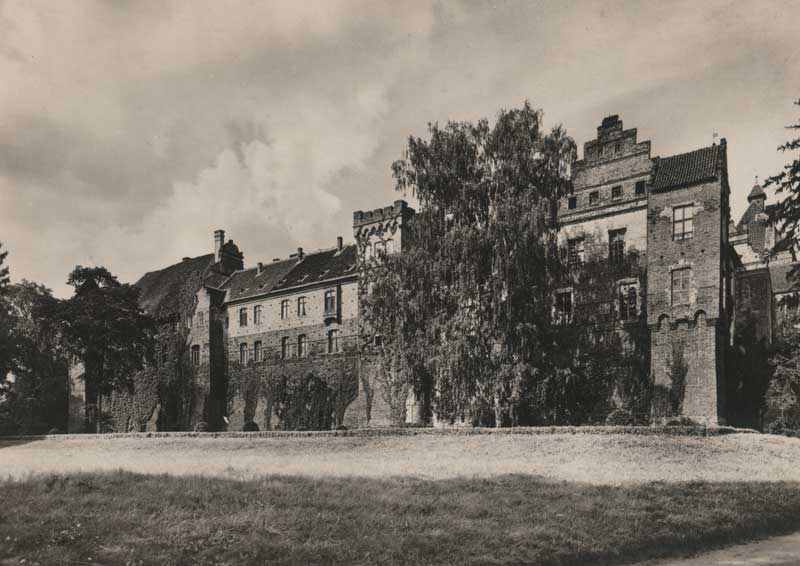 In the 20th century, the castle owned by Finckensteins became a modern facility for those days. New water systems and wiring as well as phones were installed in the castle in the 20th century. The family was known for its passion for luxury at that time. There were sports cars under the castle, racehorses in the castle stable, tennis courts were built by the walls and plants brought from all over the world were planted in the park. 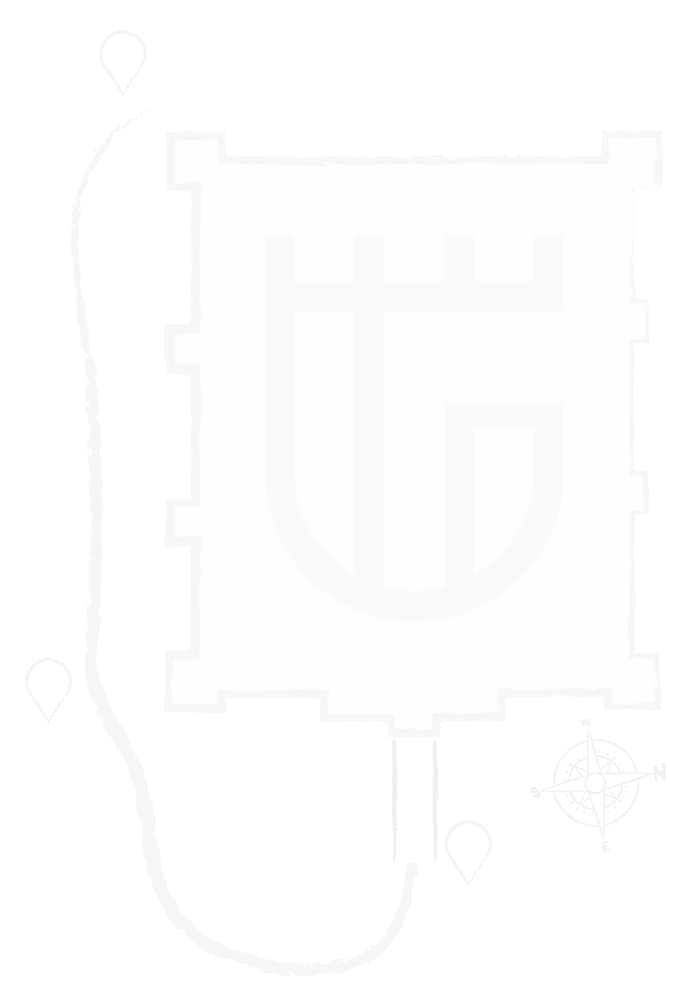 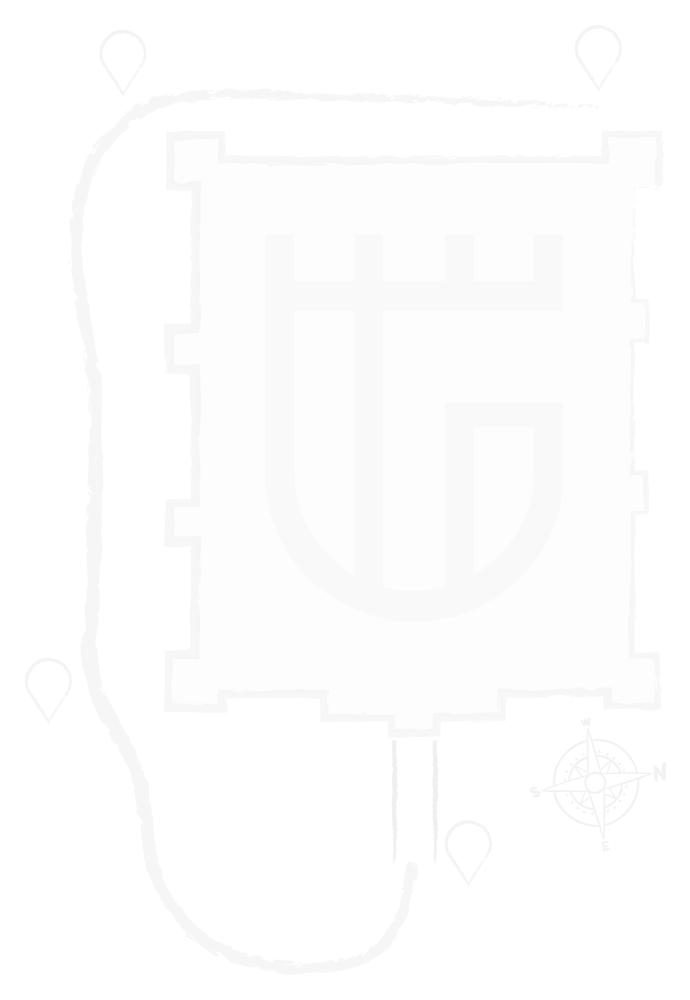 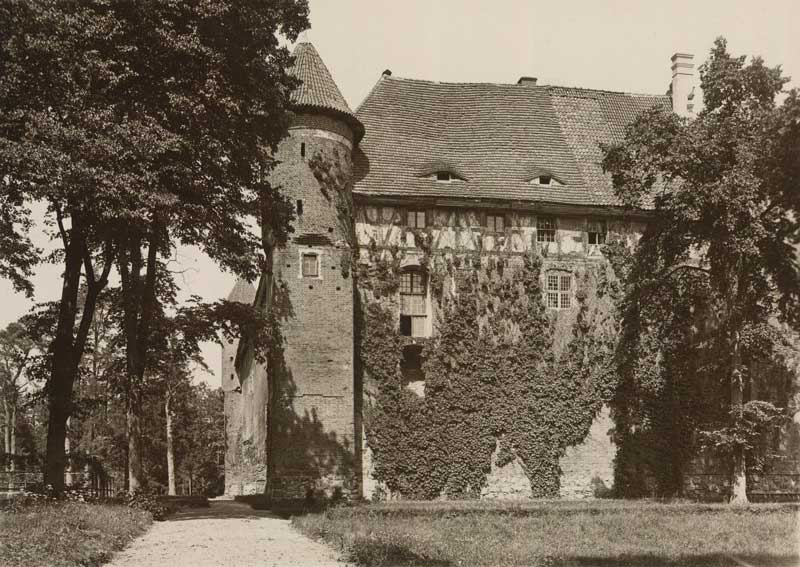 An artificial hillock located by the forest wall is a remnant of the old pine that had been growing here until recently. A legend says that Napoléon Bonaparte himself used to rest by it. As a matter of fact, there is a natural monument – the Napoléon’s avenue nearby. It is a set of around 100 pines growing along the dirt road leading from Szymbark towards Chełmżyca.

This is the end of our tour. We recommend having a virtual tour around the castle courtyard and a walk to the family cemetery as well as two beauty spots.